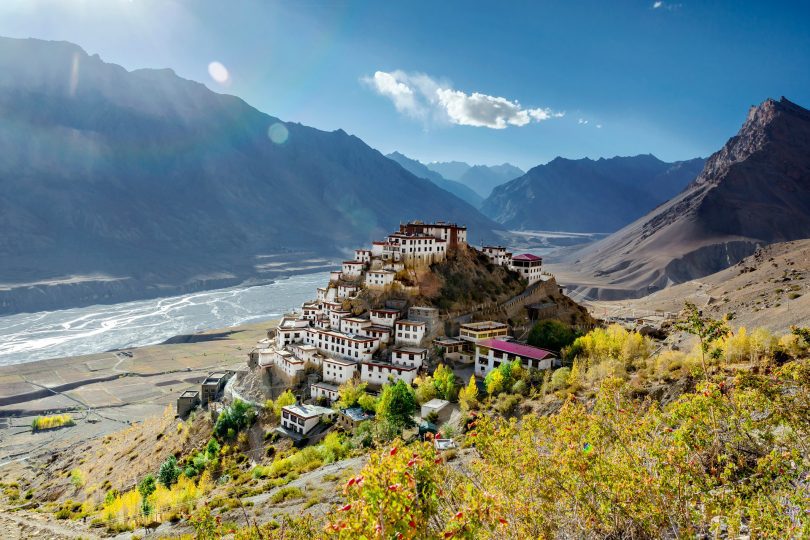 One of the best adventure trips can take in the Himalayas during the winter season to experience snow is the Winter Spiti Trip. Spiti is located in the northeastern part of the Indian state of Himachal Pradesh, it is a cold desert alpine valley located high in the Himalayas.

The perspective was altered during a visit to Spiti Valley, India. The Spiti Valley, which lies across the main Himalayan range, is made up primarily of rocky terrain, bare mountainsides, and barren slopes that resemble arid deserts more than anything else. The Spiti Valley’s enthralling beauty is beyond our ability to adequately describe. It is a place that has been forgotten by humanity, like a land lost in time.

Spiti Valley is so still that you can hear your heartbeat, the skies are so clear that you can see the Milky Way with your unaided eyes, the people are so amazing that they touch your heart and soul, and the land is so old that you can still see the remains of Tethys Sea, which existed during the Mesozoic era.

High in the Himalayas in the state of Himachal Pradesh in northern India, is where you’ll find Spiti Valley. On the border between Tibet and India is the stunning valley. The Spiti Valley is a trans-Himalayan highland region that is cold, dry, and desert-like. It has snow-capped mountain peaks, old monasteries, rugged terrain, colored face rocks, pristine emerald lakes, narrow passes, and frozen glaciers.

The valley, which is commonly referred to as “the middle land” since it is bordered by mountains on all sides and emanates from the 16,000-foot-high Kunzum pass, is situated between Tibet and India. The Spiti River, which rises from a location east of the Kunzum Pass and flows through the valley’s center, is what gives the region’s name.

08 : Chitkul From Shimla From Delhi